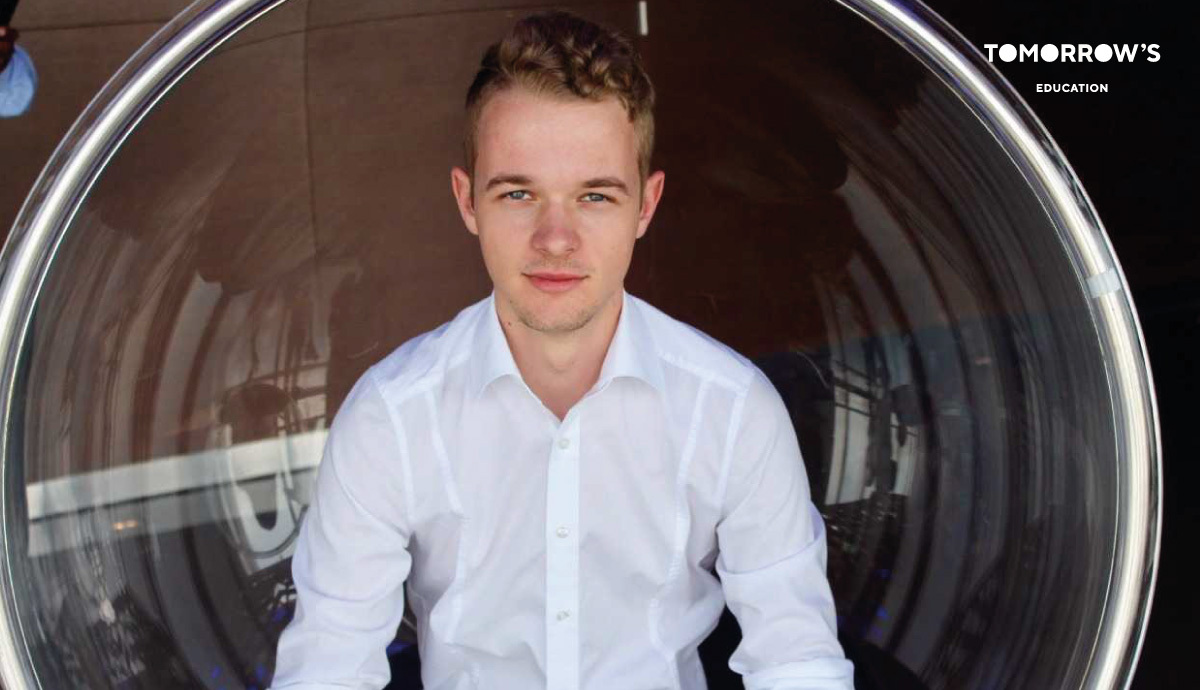 Tim’s accomplishments and straightforward path identify him as a high achiever with clear goals. The 24-year old SAP Security Specialist at Deutsche Bank received his Bachelor of Business Informatics at the Frankfurt School of Finance and Management. The dual program allowed him to study three days a week while working in various departments of the Frankfurt-based Deutsche Bank. The intersection of technology and business is where Tim feels most at home. “I see myself as the link between the people who only think business and the people who only think technology.” And he seems to be really good at it. After only three years on the job, Tim has just been promoted to Assistant VP.

While Tim’s career and life focus is impressive, he maintained an adventurous mind. During his Bachelor’s program, he spent a semester at Griffith’s University near Brisbane. In Australia, he experienced the freedom of being by himself for the first time: “The people were extremely open and friendly, and being on my own away from home boosted my self confidence immensely.” Upon his return to Frankfurt, he hardly had time to repack his bags, before he took off for the U.S. In New York, he completed an internship at the Manhattan-based Global Network Team of Deutsche Bank. “That’s the great thing about working for an international company, you have all these great opportunities.”

Tim has a curious personality that is prone to entrepreneurial thinking. His problem-solving mind won him the Deutsche Bank Corporate Challenge at Tomorrow’s Education, which is tied to a 10.000 Euro scholarship. He developed technical solutions to make the Deutsche Bank Park (Frankfurt's soccer stadium) more accessible for people with handicaps. Amongst them were audible beacons for the blind, providing a sound corridor for better orientation, and audio induction loops for the hearing-impaired. The latter filters noise and makes it easier for people with hearing issues to focus on the environment. “I am a huge fan of Eintracht Frankfurt and I would love to see my ideas in place.” The chances for that are pretty good, as Tim’s ideas are currently reviewed by an expert team.

Only a week into the Professional Master’s Program in SET at Tomorrow’s Education, Tim won another challenge. Together with his fellow student Kasia, he raised an incredible 755 Euros in just 2 hours, selling paintings over the internet. “It was great fun, and this is one of the reasons why I came to study at Tomorrow’s Education - I want to learn hands on and goal-oriented.” Tim had thought about going back to school for his Master’s Degree before, but was put off by the inflexibility and cost of some programs. “I very much like to work and study, especially when the focus is not only on theory, but on practical skills.” He often sits down in the evening and completes one of the 15-minute lessons on his phone. “I feel that the short lessons are key in keeping people engaged and they give you the context for the challenges.”

As part of the SET-curriculum, Tim currently works on his personal mission statement. This statement guides students not only through their studies, but through their career and their life. He shares his first draft with me and once again, I am impressed with his determination. This might be connected to his long training in Karate. He started at age 6 and even made it to the German national team when he was 13. Tim’s future is bright and we wish him all the best for his studies at Tomorrow’s Education.