Apply today and secure your scholarship! 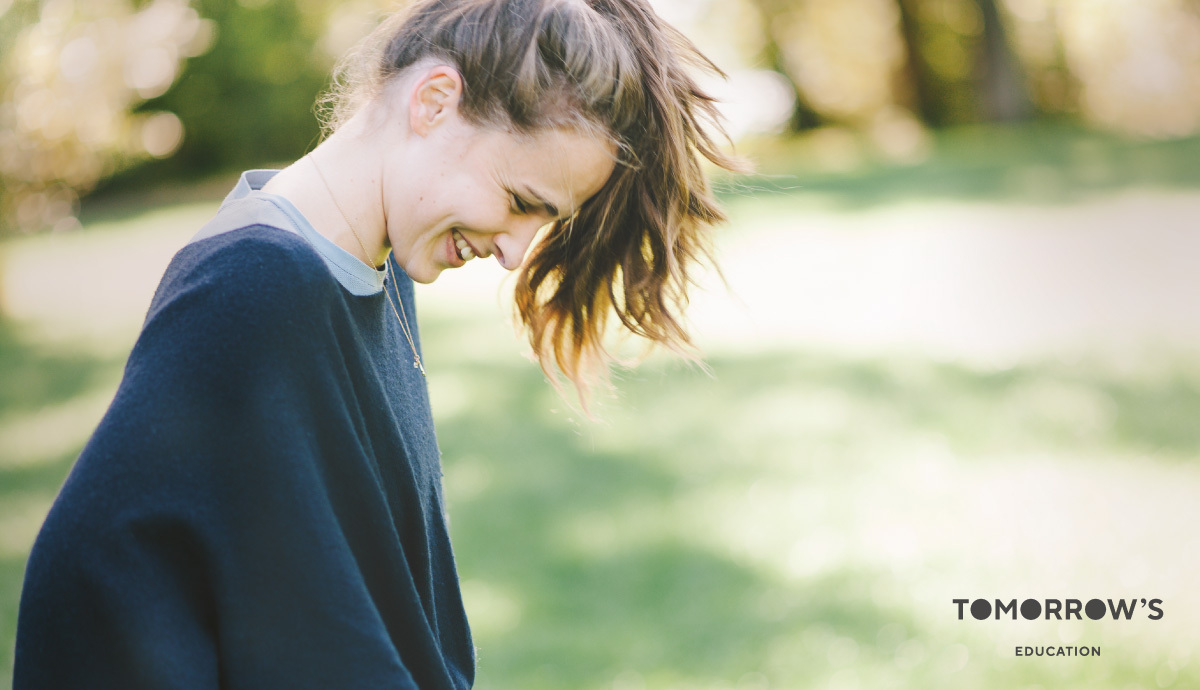 Lara is 26 and already looks back on a successful career in field hockey that led her to play for the German national team. In the Netherlands, where she moved with her family for several years when she was two, the sport is somewhat of a national obsession. And Lara became hooked, too. By the age of 13, she travelled to Mannheim from her home in Karlsruhe each day so that she could play for a more challenging club. “It made me very independent at an early age and it really motivated me to give it my best.” As a midfield player she was the link between defense and offense, distributing and ultimately empowering others to score. To be successful, she had to maintain a rigorous training schedule. “Hockey gave me structure and spoke to my ambitious and goal-oriented self.”

Until she tore her cruciate ligament and had to put her sport on hold. “It was a big let down for me, but I learnt that hockey is not everything.” At the time, Lara was already well into her Bachelor program in Culture and Economics at the University of Mannheim. For the first time in her life, she actually had some freetime. “I knew that I had to find another focus.” Lara got more involved at the university, and became the co-founder of Infinity Deutschland e.V., an initiative promoting sustainability as a life-style. “Our Mantra was ‘reduce, reuse, repair, recycle, rethink,’ and we tried to raise awareness through discussion forums or initiatives like the MA-Cup.” The idea to recycle coffee cups won the support of the university. Despite everybody agreeing on the usefulness of recycling the cups, it took three years to complete the project because the group had to cut through a lot of bureaucratic red tape. “It was a great lesson on how difficult it is to take an idea to market.”

At the end of her studies, Lara managed to get a sought-after internship at BMW and in parallel completed her Bachelor Thesis. Since graduation, she has completed another internship at Lufthansa and has been working for Futury, an innovation platform that connects entrepreneurs with corporate partners developing sustainable solutions. “As a project manager, my job was to work with the different stakeholders, guiding innovation teams and making sure that everybody is aligned.”

Yet, Lara’s true passion lies in helping others to find their calling in life. “I know so many people who don’t follow their dreams and waste their time chasing the wrong goals.” She is determined to not let that happen to herself and set out to actively create her own future. Lara enrolled in the Professional Master’s program at Tomorrow’s Education where she won the Cheil Scholarship Challenge tied to a 10.000 Euro scholarship. In June, she will travel to Costa Rica to explore a different environment and culture. “I can see myself starting my own company, but it has to be a conscious decision. And I need time to think things through.” Lara has the rigor of a professional athlete, but she has the unusual wisdom for her age to not let herself get caught up in the rat race. No doubt she will find her way and successfully impact the life of many people. Good luck with your studies, Lara!

STAY UP TO DATEBack To Blog