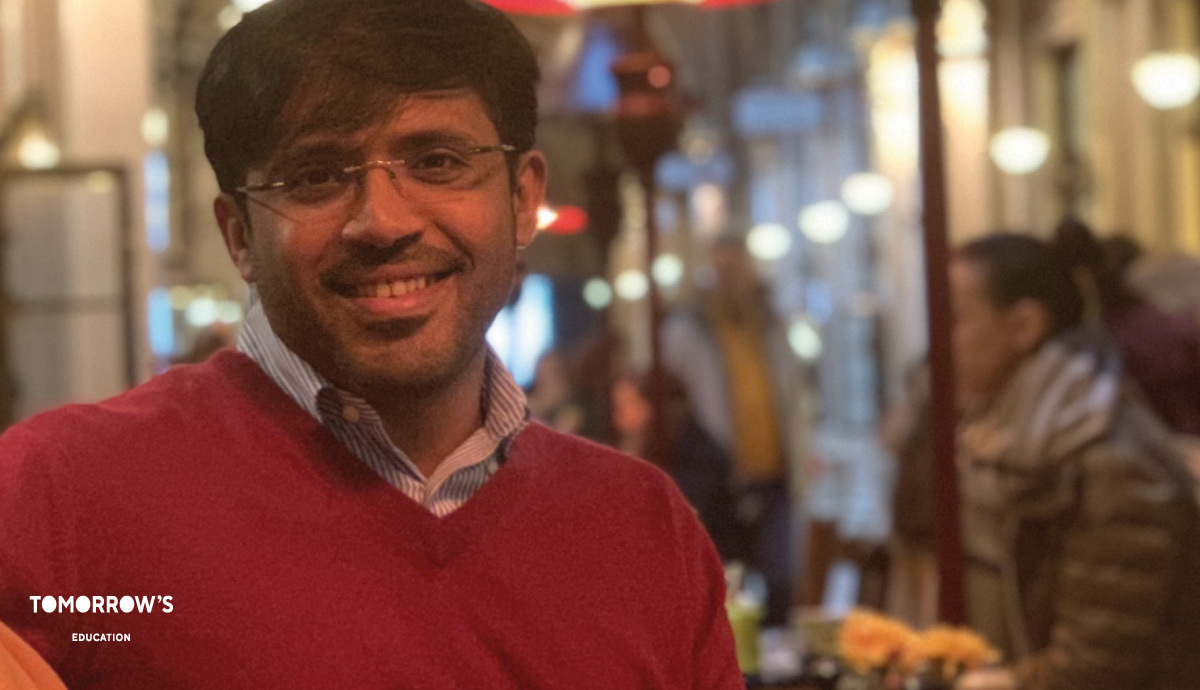 When you talk to Khalifa, you quickly notice his sharp analytical skills and his striking curiosity. When he talks about his upbringing in his native United Arab Emirates (UAE), he takes you with him to Al Ain City, a sprawling town of a million people roughly a hundred miles of the Gulf of Oman and two hours southeast of the country’s capital Abu Dhabi. Khalifa was born in 1986, spending most of his formative years with his grandparents while his parents were still at university. You see a young boy, raised in the culture’s traditional way, a bright student, his mind set on acquiring as much knowledge as he could. “And yet, even though I was a very good student - among the first in the region - I had no idea what I wanted to do with my life after I graduated from high school.”

His best friend convinced him to study medicine and Khalifa enrolled at UAE University. “At Medical School, you meet a lot of brilliant people and it was there that I developed my own view on life and how things should be.” While he liked student life, he despised the education system which was too rigid for his curious mind. “To many it seemed attractive to go to a prestigious school in the US for a master’s program, but I realised that it was not for me.”

Instead, his interest in psychology and psychiatry led him to come to Germany. He applied to do his residency in psychiatry at the University of Regensburg, which he started after a one-year language training program in Berlin. “Until I came to Germany my life was focused on learning and having fun. My time here made me tougher.” With a wink of his eye he adds: “And I also learned how to use a washing machine.”

During his residency, Khalifa noticed a lot of inefficiencies in the clinic’s system and he quickly took on a number of projects to induce change. He noticed that while the clinic was conducting promising research, they had a hard time finding patients for their trials. Khalifa developed an IT-solution with an automated screening list, substantially increasing the number of patients participating in clinical trials.

Khalifa applied the same mindset to his work with patients. “I enjoy the time with my patients. To me it doesn’t feel like work, but more like a personal mission to help.” He noticed how some tasks were inefficient and took time away from the actual therapy sessions. So he offered remedy by simply delegating the necessary paperwork to an online form that the patients had to fill out beforehand. “This frees up so much time for deeper conversations with my patients.”

Khalifa’s goals entering Tomorrow’s Education’s Master Program in Sustainability, Entrepreneurship and Technology is not only to acquire the necessary skills to open his own online psychotherapeutic practice, but to learn from an inspiring group of peers and mentors. “Learning for me is not just about acquiring knowledge, it is about finding your blind spots, the things you don’t even know you don’t know.” He is looking forward to being with a group of like-minded people from very different backgrounds who can help him find these blindspots. Even prior to the official start of the program on April 22, Khalifa has been a regular participant in Tomorrow’s webinars and firechats. “I was very impressed with Stephanie Kaiser of Heartbeat Labs. Asked how she dealt with rejection, she actually thought for a while and then said ‘I simply don’t see it as rejection’. This is the kind of thoughtful, honest feedback I am looking for. I don’t want preconceived, standard answers.

Khalifa is looking forward to being challenged and we can promise him that there will be plenty of challenges to come in the months ahead as challenged-based learning is a key principle at Tomorrow’s Education. Good luck, Khalifa!