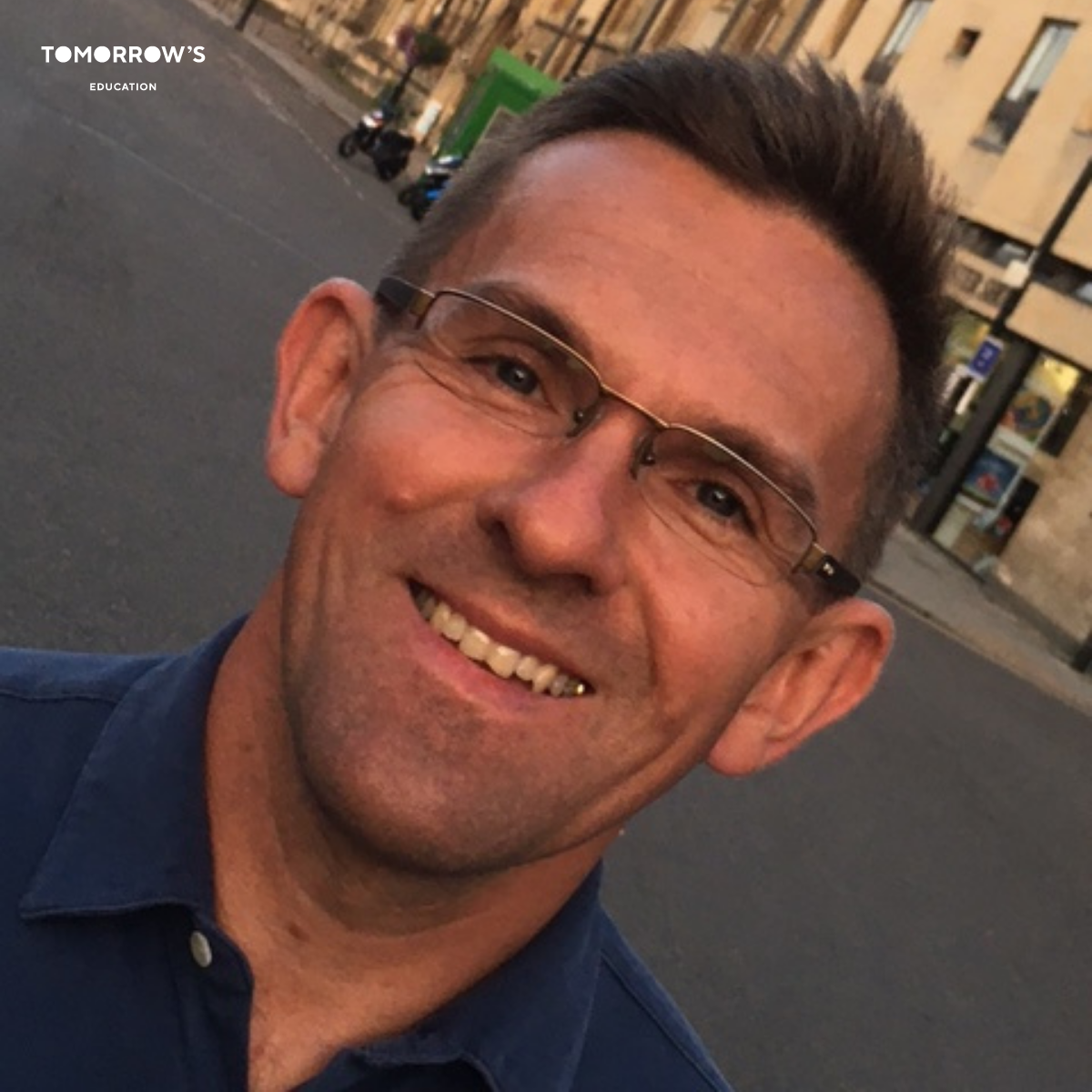 James, who is the only lawyer in the Founding Club cohort of Tomorrow’s Education, could have just talked about his legal background to impress me. Instead, he dazzled me with his multi-faceted personality and his diverse experience.

Law wasn’t James’ first choice of studies. He received a Bachelor’s degree in Contemporary Eastern European Studies from the School of Slavonic and Eastern European Studies in London. The program took him to Bucharest in late 1999 where he completed his dissertation whilst studying Romanian. “It was very interesting, but it was also a challenging three months,” James remembers. He was robbed at knife-point twice and encountered corrupt police more than once. “If the police stopped you and asked to swipe your credit card, you’d better close your account right away.” Nevertheless James has fond memories of Romania and is impressed by how the country has developed over the years.

Upon returning to London, James started to work for the Legal Aid Agency before moving on to Treasury Solicitor’s Department, a public agency best described as the “Governments’ lawyers”. The cases he dealt with whilst training to become a Cost Lawyer were often political in nature. “We had cases involving the UK’s engagement in Iraq or Guantanamo and my role was to figure out whether the costs involved were reasonable and represented the tax payer’s best interest.”

Following his lengthy career in the public sector, his professional life took him from working for a boutique law firm to the corporate law firm where he is currently employed as the lead for Legal Project Management. In his jobs, James observed the complex nature of the processes that lawyers have to follow. This sparked his interest in finding new ways to streamline and improve the processes. “I want to make the lawyers’ life better,” he explains and is currently thinking about ways to build a business around his goal.

A two year stint at a startup made him understand what it takes to bring your own ideas to market. “Lack of money, lack of people - it is tough to start out as an entrepreneur.” But he is determined to make it happen. Over the past five years, he has also collected important insights while running a picture-framing business on the side. He recently sold the shop to one of the employees. “It was fun, I learnt so much about running a small enterprise and the challenges that brings. I am glad that a former team member continues on with the work.”

After selling his business, James was on the lookout for a new encounter. “I like being challenged.” Searching for new ways to get inspiration, he stumbled across Tomorrow’s Education. “It was very close to the application deadline,” he explained. “I very quickly signed up to the course, even though I am super nervous about probably being the oldest in the group.” James hopes to learn valuable skills to further his ideas and he is curious about what’s ahead when the Tomorrow’s app finally goes live on May 3rd. We wish you a successful program, James.